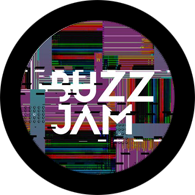 I went to another BuzzJam

Back in 2015, I took part in the first BuzzJam event (which you can read about here). This year I was invited back to see if I could do it again.

BuzzJam is a three day event where up-and-coming musicians are paired with coders to try and invent a brand new instrument to perform a musical piece on. This time there was one slight detail that had been changed for the event - the whole thing was going to be recorded and turned into a short film.

Who was I teamed up with

What did you come up with?

At the last BuzzJam, we had good results trying to invent an instrument that solved a problem the band had. With Chasing Cadence, we tried to solve the problem of not being able to have a drum set on stage (the stage was too small) by creating a wearable drum kit. Tiggs had a similar problem. His DJ couldn't make the performance on the last day, so we decided to try and replace him with a wearable sample trigger. We called it the Wris-Key (because it was worn on the wrist, and had keys)

I mentioned the whole thing was being filmed, right? Well, you can see how things went for yourself in the 3 part documentary that was released.